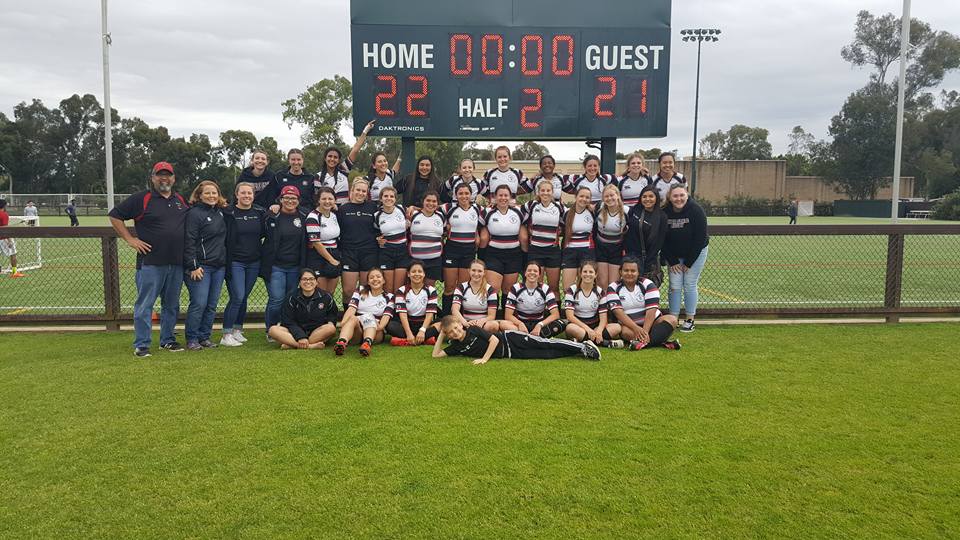 Chico State Women’s Rugby advance to Sweet 16’s after winning both of their games this past weekend during the DI Pacific Mountain Rugby Conference playoffs in Palo Alto, California.

Chico State faced Oregon Ducks Saturday, with a 27-26 win. The backs struggled with ball movement for most of the first half making it forward game. Two of the five tries were scored by Senior flanker, Lucero Cardiel, and prop, Rebecca Newlin. Due to an ankle injury, junior fullback, Darby McFall struggled to complete conversions but manages to make one fall, making it a one-point lead over the Ducks.

Chico State took on Washington State Sunday afternoon with yet again, another one-point lead, the final score, 22-21. Washington and Chico went back-and-forth in tries during the first half, however, McFall missed one conversion ending the half with a score of 12-14.

Washington State capitalizes in the second half and scores a try after a yellow card was given to junior outside centre, Stefani Bergerhouse. With just under five minutes left, Chico was awarded a penalty just outside the 22 and McFall lands her kick adding three points to the board.

With only a minute left on the ref’s clock, Chico down by six points, Washington continues to pick and jam near their 22, instead of finding touch. Washington’s scrum half gets it to the backs to go through the hands, but Chico’s defensive pressure causes a dropped ball that bounces into the hands of senior wing, Kayla Vasquez who scores her fourth try of the weekend.

With no time left, McFall completes the conversion adding two points to the board and ending the game in a huge one-point victory.