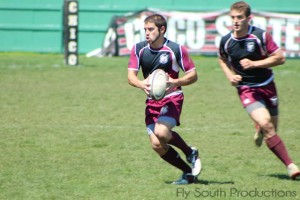 The 2011-2012 Chico State Men’s Rugby Team came together in mid-September like every year, but this year was different. This year’s team had more than its fair share of 5th year seniors with high hopes for this season. Also, this year, we accepted the best rookie class we have had in my tenure as coach.

This year’s team came together quicker than usual. They worked harder, played harder and supported each other both on and off the field and that is something we haven’t had in the past. Although our record doesn’t show this, it was a year full of stepping stones in which we are in the process of building a strong foundation for the future of the program.

As mentioned before, we had an unusually strong rookie class. There were 4 brand new rookies that all saw significant time in first XV matches. Jimmy Burrows, Charlie Brennan, JW Davis and Brandon Johnson all played a significant role this season and expect big things from them in the future.

Also this year we were the fortunate benefactors of the Mighty Oaks efforts in a local talent by the name of Owen Bentz. As you all know, it’s easy to get the college guys who run out of eligibility to start playing for the Oaks, not so easy to get them coming back the other way. Owen played two years (I think) under Buck, John and Robbie and transferred to CSU to play for the Wildcats. As with the first year rookies mentioned above, Owen as a rookie to CSU got quite a bit of first XV time and made the most of it. We look forward to continue the player sharing as we build not just one program but Chico Rugby as a whole!!!

This was the second year in a row with the same coaching staff which was made up of Beau McSwain, Dan Lacko, Jeff McCready and Mitch Jagoe. These guys deserve a great deal of credit as our program has evolved in to a 5-6 day a week commitment and for the most part, they were always there and very committed to the players and the team as a whole!

Moving toward 2012-2013 we are looking at another strong freshman recruiting class which includes 4-5 kids coming to us from both SFGG as well as Piedmont High Schools. Also, there are 5-6 kids that we will be welcoming from the Sacramento area.

With the addition of these kids and the returners from this past season’s teams we are looking forward to an even better season next year.

Until then, see you all at the Chico Rugby Golf Tournament, which kicks off Alumni Weekend, Friday October 5th, 2012!!! 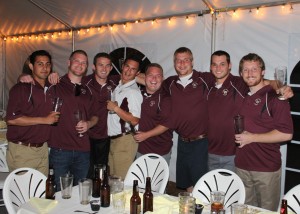